Tennessee Vols head coach Jeremy Pruitt made it clear this week that UT’s pass rush is not where he’d like it to be.

“It’s definitely not where we would like for it to be. That’s one thing we really got to focus on over the next nine days,” said Pruitt last Thursday.

The Vols have built some quality depth at most positions, but the defensive line/pass rush is still a big question mark.

Tennessee has plenty of potential at the position with young players like Roman Harrison and Tyler Baron. But with Darrell Taylor no longer in the picture (Taylor had 8.5 sacks last season), it’s unclear who will step up to be the Vols’ premier pass rusher.

The more options the better. And I think there’s a player Pruitt should consider moving to the defensive side of the ball to give Tennessee another option.

The true freshman from Florence, AL doesn’t really have a set position at this point. Beckwith has worked at wide receiver, tight end, and running back so far during fall camp.

Coming out of high school, Beckwith was projected to be either a stand-up linebacker or a tight end. He’s a two-sport athlete who is freakishly athletic, so he could likely transition to defense fairly easily.

Beckwith, who is listed at 220 lbs on UT’s official roster, would obviously need to add some weight to his frame to make this transition. It’s not something that could happen overnight.

But I think Beckwith would make a massive impact for the Vols’ on the defensive side of the ball. 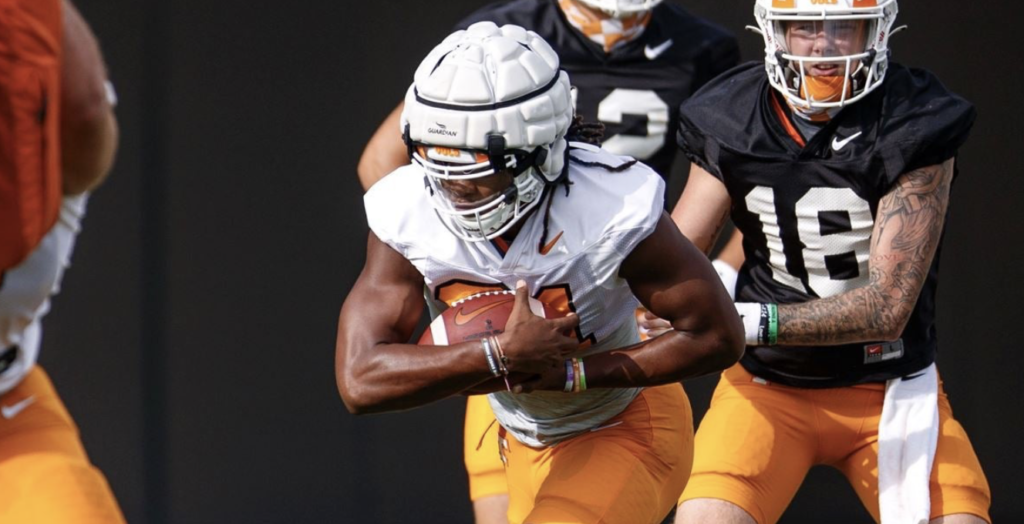 Beckwith could certainly be an effective part of Tennessee’s offense. But he’s athletic enough that he could be incredibly disruptive as a pass-rusher. And ultimately, I think he’d have the chace to help UT win more games as a pass-rusher instead of an offensive weapon.

Who knows if this move would work or not. Beckwith mostly played quarterback in high school, so he doesn’t have a lot of defensive experience. But it’s a move that Pruitt should at least explore.