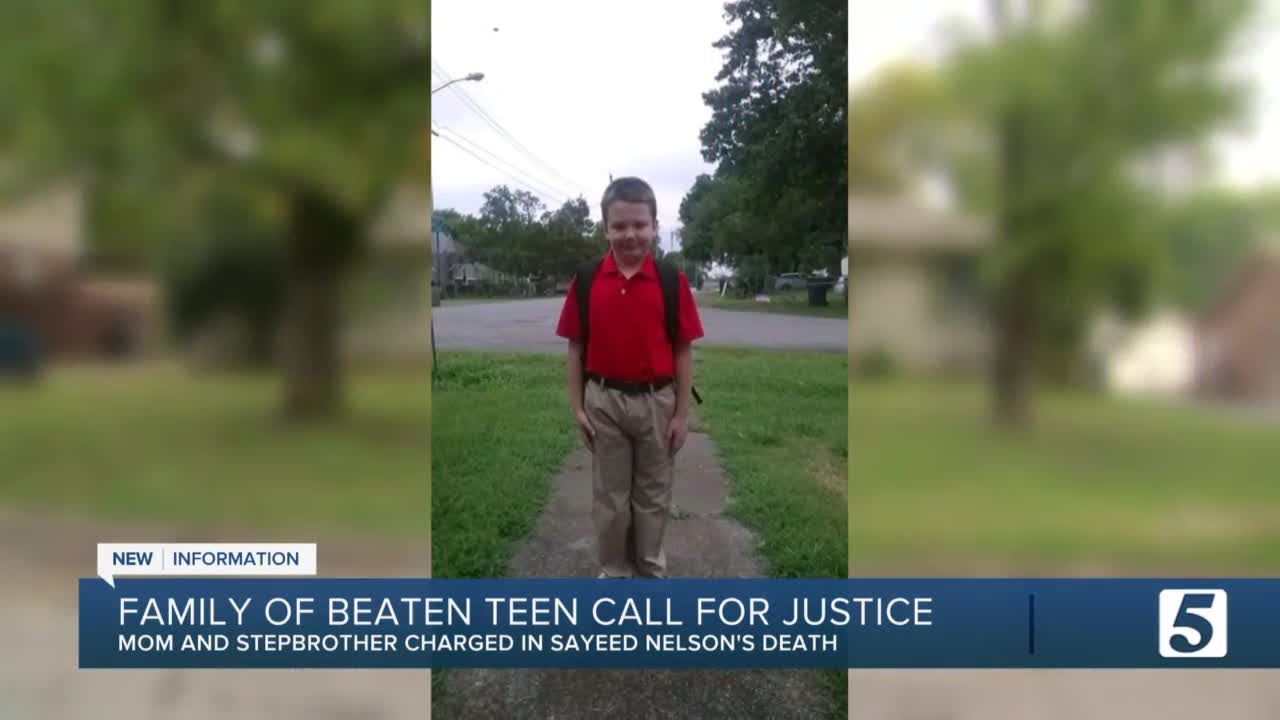 A family is devastated after police said a stepbrother killed a teen with Asperger’s Syndrome in front of his mom who didn’t intervene.

HERMITAGE, Tenn. (WTVF) — A family is devastated after police said a stepbrother killed a teen with Asperger’s Syndrome in front of his mom who didn’t intervene.

14-year-old Sayeed Neilson had injuries that indicated he was beaten to death by 33-year-old David Matheny according to a release from the Metro Nashville Police Department. Rebecca Greenwood admitted to seeing it happen in an interview with homicide detectives.

“I mean my sister didn’t even stop this. She just went out for drinks,” Rachel Duncan said, “Who does that?”

“He was a sweetheart, and I practically raised him because my sister has some mental health issues, so I was always there to take care of them, and then they kind of pushed me out these last 6 months, and I feel like this shouldn’t have happened.”

Neighbor Kevin Davis said he’d been concerned about what was happening in the house for a while.

“I have seen David kick the dog, and the little boy, Sayeed, that’s his name, told him not to, and David went off on Sayeed.”

In the past, Davis said he had reached out to Rebecca to see if she needed help.

“She told me personally out of her mouth, that ‘We had a talk with him, and it’s going to stop…’ It never stopped.”

Duncan said her mother also lived at the home. Her husband, James Duncan, helped her take the older woman to the hospital. They said they will take care of her, and they have made arrangements for the dog too. “It was like a reign of terror here at this house, apparently from what I’m finding out now,” Duncan said.

Davis said many of the neighbors have cried over Sayeed’s death. He was an innocent child, and his life was taken too soon.

Monday evening at 6 p.m. neighbors are hosting a vigil on Topeka Drive in Hermitage.

Rebecca Greenwood and David Matheny are being held without bond for criminal homicide, aggravated child abuse, and evidence tampering.

Editor’s note: Police spelled the victim’s last name as “Nelson” in their release. A family member reached out to NewsChannel 5 and said it’s spelled Neilson. This story has been updated to reflect that.