General Motors has pushed ahead with a massive all-electric spending plan that puts Spring Hill, its largest manufacturing complex, at the tip of the electric spear. 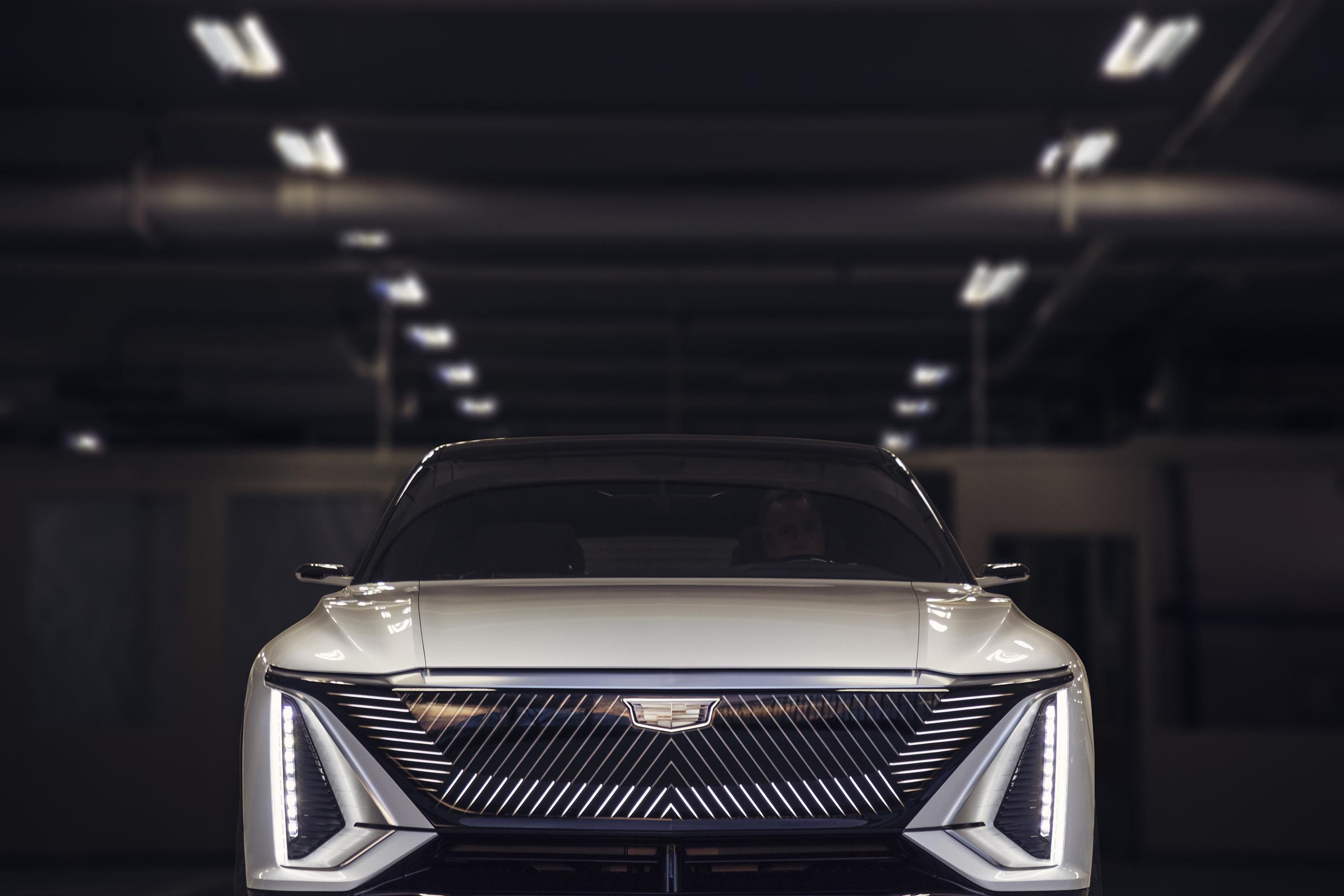 Ever since the original electric, diesel, wood-burning steam and gasoline automobiles ran along the nation’s muddy roads in the early 1890s, the electric car has been seen on the verge of displacing internal combustion as the perfect powerplant.

Yet electricity has never quite succeeded. Now the limiting factor – the cost of a battery capable of running the car more than a few hours before recharging – has come down 85% in the last decade. Electric car sages see the revolution right around the corner. Analysts at Bloomberg New Energy Finance estimate electric vehicles, which sold  2.1 million units worldwide a year ago, will surpass 30 million sales in two decades and account for half of global auto sales.

General Motors, the largest automaker based in the United States, is pushing ahead with a massive all-electric spending plan that puts Spring Hill, its largest manufacturing complex, at the tip of the electric spear.

GM’s plans will add to Tennessee’s automotive luster. Already the No. 2 state after Michigan for gasoline-vehicle production, Tennessee now becomes the leading state for electric car output. Nissan already makes Leaf electric cars outside Nashville at its Smyrna complex and Volkswagen is adding an electric car to its Chattanooga lineup. No other state contains three major automakers turning out high-profile EVs, as the electric vehicles are known.

The Detroit automaker on Tuesday disclosed the 4,000-employee Spring Hill plant southwest of Nashville will add the newly-designed Cadillac Lyriq sport-utility vehicle to its lineup. The SUV will be powered by a newly engineered nickel and aluminum battery to be made in a new $2.3 billion plant built near the recently closed assembly plant at Lordstown, Ohio. That plant, which made the now-retired Chevrolet Cruze, was recently bought by Workhorse Group, an electric truck maker independent of GM.

General Motors also has prepared two assembly lines near Detroit for new electric models, including a big Hummer SUV expected to move from stop to 60 mph in about three seconds given the put-you-back-in-your-seat power capability of the electric motor.

GM engineers last spring showed off the just-completed design of the basic platform for as many as 19 possible electric vehicle models including the Lyriq. Designing a platform can take engineers years and cost more than $1 billion in salaries and testing.

“These investments underscore the success of our vehicles today, and our vision of an all-electric future,” GM chief executive Mary Barra said on Tuesday.

Although Barra has made a massive bet, investors are watching but not snapping up General Motors. GM stock closed Wednesday at $35.77 per share, up about 0.5%  from Tuesday’s close.

At the same time, a San Francisco-area upstart that has charmed Wall Street, Tesla Inc., rose to $422.04 per share. The market value of all Tesla stock now exceeds $401 billion, compared to $52 billion for General Motors, although the 112-year-old Detroit automaker is far larger, with 180,000 employees worldwide, and manages a profit almost every year.

Tesla in its 12 years hasn’t made an annual profit until 2020. Even with 11 years of losses, investors have pushed up Tesla’s stock price from less than $150 a year ago, betting Tesla’s expensive technology development will maintain its lead in electric car sales even as the electric revolution takes hold. Tesla recently decided to supply European buyers from its new assembly line in China until its new German plant, known as Gigafactory Berlin, comes online.

Looking at the electric-car future, Dan Levy,  an analyst in New York who studies the automobile industry for the European bank Credit Suisse, figures GM must find a way to surpass Tesla in the EV market.

Just before executives revealed the new electric vehicle platform a year ago, at an EV Day event located at the 710-acre GM Global Technical Center near Detroit, Levy outlined his thoughts.

“Even though we expect GM to lay out a solid strategy at its EV day, we believe the ultimate proof point of success in GM’s EV strategy is if the volumes materialize and GM is able to challenge Tesla for share in the U.S. EV market,” Levy said.

And what if GM falls short? CEO Barra isn’t entertaining that question even though new headwinds face the electric-car market.

President Donald Trump’s administration, with oil prices plummeting due to the fracking boom, scaled back future mileage standards. That means an automaker doesn’t have to rely as heavily on electric cars to meet federal fuel economy rules applying to its entire lineup. Also, the U.S. Congress let the $7,500 federal EV tax credit lapse. It expires for an automaker’s models once the company sells 200,000 electric vehicles. GM reached that milestone in 2018. Tesla reached it a year ago.

Headwinds or not, Barra figures U.S. consumers will see and like California’s push for cleaner air and send up demand for electric autos.

“This is where I think we have a lot in common with California,” Barra said last spring. “We want to get to the point where this isn’t a regulatory-driven initiative, this is a customer-driven initiative &mldr; and they’ll want to move to electric vehicles.”

While it is a bold move by the GM chief executive, it isn’t completely novel. GM beat Toyota to market nearly 25 years ago, selling highly regarded EV1s, electric cars mandated by California lawmakers in the 1990s. But high-tech products that failed to lift  the inventor fill the annals of auto-making.

Electric cars: Hummer, yes, Hummer, has a new electric vehicle. But are you willing to pay over $100,000 for the pickup?

EV1, a battery-only car, was retired as too expensive for middle-class consumers after a few gloried years, while Toyota pushed into the market a lower-tech hybrid named the Prius, a gas-powered sedan backed up by an electric motor. GM, led at the time by chief executive Richard Wagoner, then poured an estimated $1 billion into going beyond a battery-electric car and pioneering a fuel cell for long range travel. GM engineers back then thought battery-only cars were merely a step to the fuel cell future. They also figured the fuel cell would be more doable than trying to engineer a long-range battery so expensive it could account for half the price of a new auto. 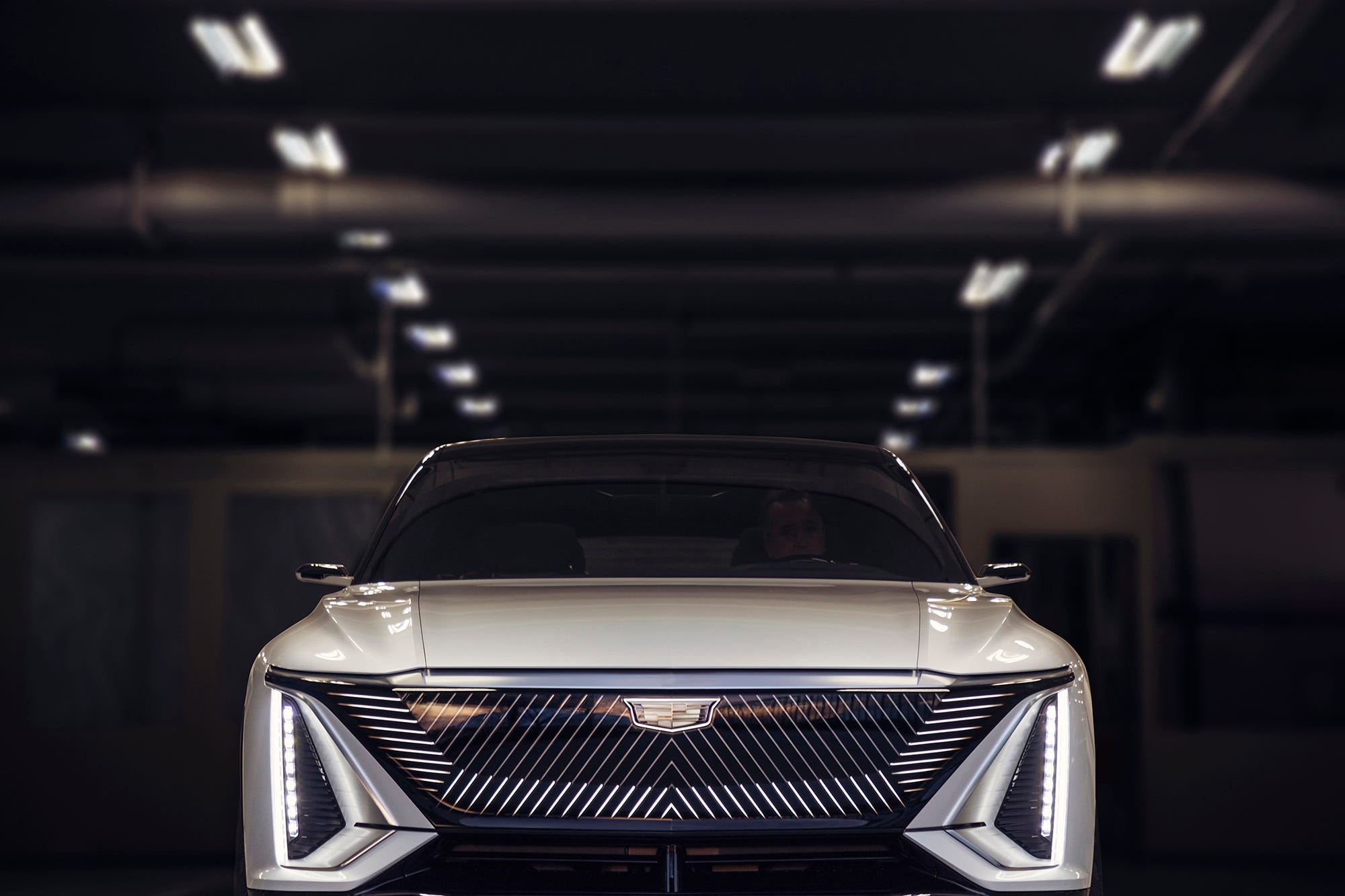 The Lyriq’s looks and features could give Tesla a run for the money, but the electric SUV won’t be on sale until late 2022.

What neither GM nor Toyota figured was startup Tesla would amount to much when it released its electric-only car, the Roadster, in 2008 to an affluent audience of tech-savvy urban dwellers willing to spend $100,000-plus on a car.

Today, Tesla has defined the electric-vehicle niche in America, and while annual profits have been nonexistent for 11 years (until this year), battery developments pioneered by Tesla and other companies have put the electric revolution right around the corner. No one is quite sure how the coronavirus might shape the market, but before the pandemic set in, EV fans spelled out an electric future led by the ride-hailing industry, clean air proponents, climate change activists and many automakers seeing a chance to cut costs.

Switching production from gas to electric

While major automakers can turn out a single internal combustion engine for less than $1,500 on many models, analysts say, producing the dozens of components for the engine requires more complexity and work hours than making a powerplant for a battery-only car. Auto companies expect fewer employees, lower warranty costs and longer durability in electric cars. A battery-only EV should last 17 years, say Consumer Reports researchers. Automakers also see a cost benefit in using the same battery technology in markets around the world.

Where established automakers have an advantage, notes Bloomberg Intelligence automotive analyst Kevin Tynan, is in scale. General Motors can repurpose an existing plant such as Spring Hill rather than build a new factory. It can use that lower cost to push down the consumer price tag.

In Spring Hill’s case, GM will continue to make a pair of gasoline-powered Cadillac SUVs, the XT5 and XT6, alongside the Lyriq. Production of the gasoline GMC Acadia SUV will move from Spring Hill to GM’s plant near Lansing, Michigan. Lyriq will reach U.S. dealers in 2022 after it debuts in China, the world’s largest automobile market.

GM will ship the battery cells made at Lordstown to Spring Hill, where workers will package the cells into a unit with a thermal cooling system and electronic controls. The battery pack then will be installed on Lyriqs on the assembly line.

One automaker makes electric cars in Tennessee and two