Skip to content
When owners Mark and Tammy Mogul set out to move to Nashville from South Carolina three years ago, they only made it as far as Franklin before deciding to put down roots.

After the couple retired from their respective careers—he, a professional tennis player, and she, a health coach—they knew they wanted to start a business and soon found inspiration when Mark said they came across a machine at a tournament that made hot, bite-size doughnuts.

“We decided we wanted to try something that would be fun and enjoyable for us,” Mark Mogul said. “I’ve always had an affinity for Airstreams, and in conversation one day, Tammy came up with this idea to put a doughnut machine in an Airstream and turn it into a tiny little doughnut shop.”

From there, the Moguls spent six months outfitting an Airstream trailer with a kitchen and service counter and began cranking out dozens of small doughnuts.

Mogul said while the couple believes everything should be enjoyed in moderation, doughnuts can be a small treat to brighten someone’s day.

“It’s a simple pleasure; it’s not rocket science,” he said. “We’re making tiny little doughnuts that people like. We want our customers to leave feeling better about us and about themselves than when they came in. If they’re having a rough day, they come in, they get their doughnuts with a smile.”

The eatery’s doughnuts are available in either a “generous dozen” box, which includes 14-15 small doughnuts, or in a box of 100, which customers can customize with up to five flavors, Mogul said. Flavors—including lemon glaze, dark chocolate and the most popular, cinnamon sugar—are made in-house with fresh, all-natural ingredients.

The couple opened the first location of tiny little donuts near downtown Franklin in March 2018 and expanded to add a second Airstream location in February 2020, just weeks before the coronavirus pandemic hit the region. Both locations closed for nine weeks before reopening in mid-May.

Mogul said the business’ customer base has stayed loyal in the past several months and has helped them stay afloat in a difficult year for small businesses.

“We’ve been really fortunate. We feel blessed because all of our customer base has rallied around us and are still buying doughnuts from us. We’re seeing—every week, our sales are going back up,” he said. “We’re nowhere near where we should be, but I see that we will get there, and I think it’s because we’ve been really cautious.”

The eatery has also worked over the past several months to help in the community by donating doughnuts to first responders and health care workers as well as to local teachers.

“We feel really blessed in the community, and we try really hard to be part of the community,” Mogul said. “We donate tons of doughnuts to schools, churches, all the first responders: fire department, police. We’re thankful for all that they do, especially in the current environment we’re in today.” 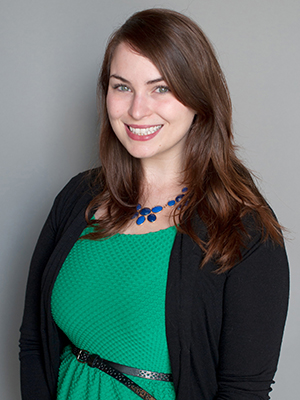 A Houston native and graduate of St. Edward’s University in Austin, Wendy Sturges has worked as a community journalist covering local government, health care, business and development since 2011. She has worked with Community Impact since 2015 as a reporter and editor and moved to Tennessee in 2019.