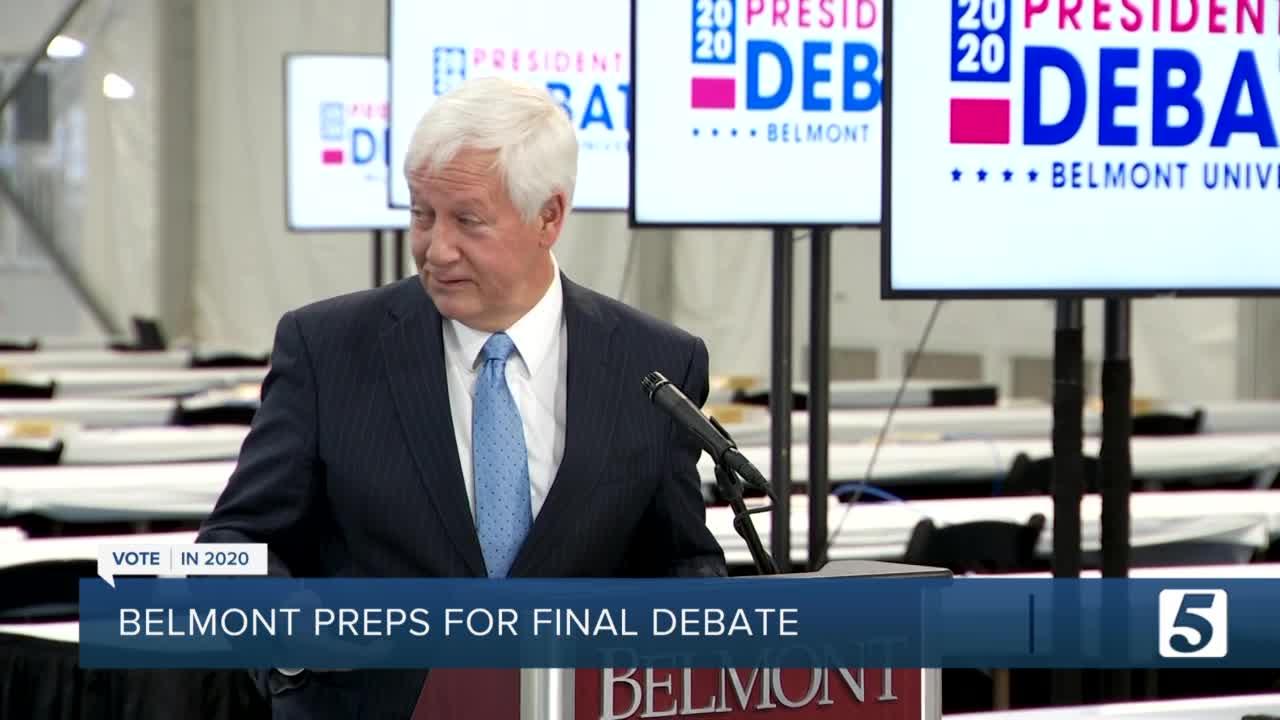 Belmont and city officials say they’re ready for the debate as they make final preparations for the event. 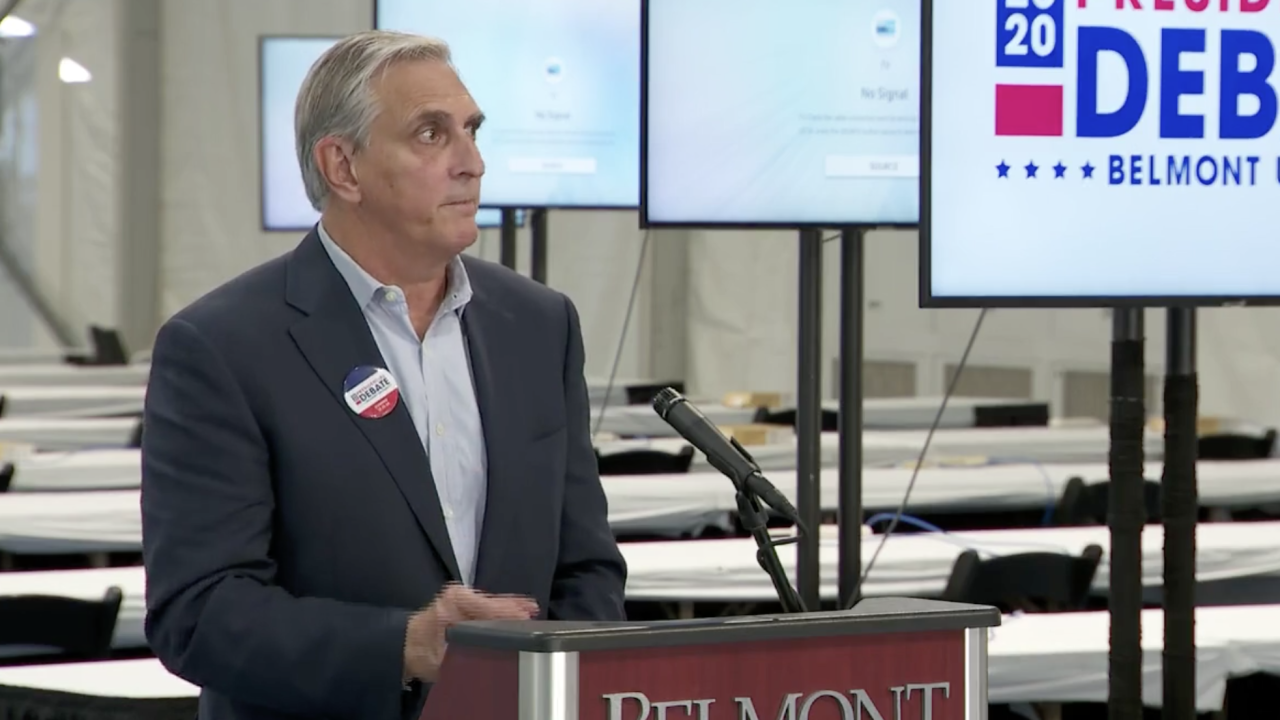 NASHVILLE, Tenn. (WTVF) — Next week, the eyes of the nation will be on Nashville as President Trump and former Vice President Joe Biden face off in their second and final presidential debate at Belmont University. Of course, that’s all contingent on if the candidates stay healthy and agree to participate.

The second debate was canceled after Pres. Trump said he would not debate virtually. Instead, the candidates held dueling town halls Thursday night.

But what was supposed to be the third debate is still set for Oct. 22, and university and city officials made it very clear in a press conference Friday morning that not only are they ready for the debate, but the city also needs it to happen.

Belmont University President Robert Fisher kicked things off with a hopeful and positive spirit by thanking the many people involved in the debate’s planning.

“We’ve already had a lot to celebrate for what’s been accomplished so far but we can’t wait to welcome our guests next week,” said Pres. Fisher.

At the beginning of the month, Nashville was able to move into Phase 3 of its Roadmap for Reopening, easing COVID-19 restrictions for businesses and residents. And Mayor Cooper explained that without the improvement, the debate could have been in jeopardy.

“Nashville is able to host this event because of our COVID-19 progress, and we have a reputation for safety that we have built and are maintaining and we have taken action to control the virus instead of letting the virus control us.”

However, that’s not the current story for Nashville. The numbers from recent weeks have not been as hopeful.

“Our transmission rate in the red, the highest since the first of July. And our new cases per 100k is highest since late August,” Mayor John Cooper said during a press briefing Thursday.

Director of Nashville Public Health Department addressed the increase in cases, saying the department has had several meetings and walkthroughs at the university and still “feel confident that the protocols will ensure safety.”

Although Belmont has the space to hold hundreds of people in their arena, the plan is to make this more of an experience for the people watching at home.

“We’ve masked arena here to the sides to create more of a TV-like setting. There will be another curtain that goes behind,” Andrea Runner said.

Runner is the director of event services at Belmont University and says the only people who will be in the arena while the debate is going on will be those on stage, the media and a select few watching if it’s approved by the Commission on Presidential Debates.

Metro Nashville interim police chief John Drake says even with fewer people to manage in the arena, they are still committed to securing Belmont and the areas surrounding all week.

“To carry out this mission, we will have over 700 police personnel involved,” Drake said.

Road closures are expected to be very minimal according to chief Drake who says they’re needed to escort the candidates in and out of Nashville. Closures will begin Wednesday afternoon and open again Friday afternoon.

Butch Spyridon CEO of the Nashville Convention & Visitors Corporation highlighted the financial impact the debate will have on Music City.

“It will provide a much needed economic boost for us. Big events, big meetings are not happening anywhere in the world right now; so to have the media from around the world and the debate commission and the campaigns coming here is extra important right now,” explained.

Following the messy first debate in Ohio, the next one is expected to be the most-anticipated and most-watched debate. Spyridon said more than 40 countries will be broadcasting from the event.

“We’re the right city at the right time and we’re ready to do it again. This debate will shine a very positive global spotlight on our city…we need that spotlight. We need that shining example of what Nashville looks like to the rest of the world.

If all goes as planned and the debate happens, it will be aired on NewsChannel 5 and streamed online as well as on all NewsChannel 5 platforms including Roku, Amazon Fire and Apple TV.