Ahead of the final presidential debate on Oct. 22, host Belmont University has announced a full schedule of advance events, classes and exhibits related to their theme of “the ideas of America.”

The broad theme for the series of pre-debate events is inspired by comments by the frontman of rock band U2, Belmont University president Bob Fisher said in a statement.

“U2’s lead singer Bono, a native of Ireland, once said that ‘America is an idea … one of the greatest ideas in human history,'” Fisher said. “We agree, and we want to lean into that notion by exploring many of the ideas at the heart of the American story: our history, democracy, the vote, the rights and responsibilities of citizens and more.”

Fisher said the university wants to create programs “that celebrate the American spirit and recognize what makes this great nation so unique.” 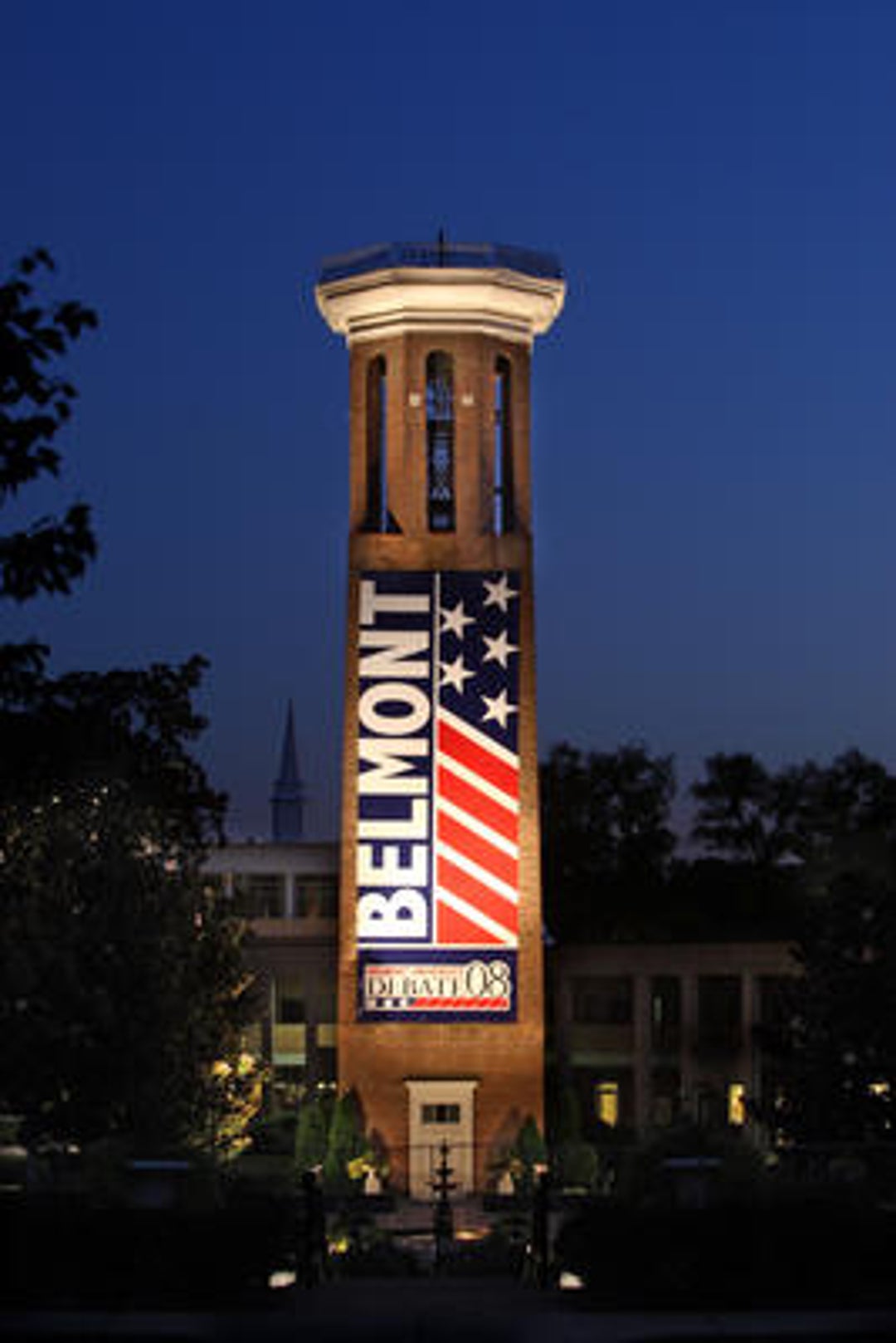 President Donald Trump and former Vice President Joe Biden will come to Nashville for their third debate, the final time the opponents will appear onstage together before the Nov. 3 election.

As with planning for the debate itself, coronavirus restrictions have overshadowed logistics surrounding kickoff events, which will be held virtually. Many will be open to community members.

Despite the University of Michigan and Notre Dame announcing this summer that they were withdrawing as hosts for scheduled fall debates, Belmont has reiterated its commitment to remaining a host for the forum.

The Commission on Presidential Debates selected the university last year from a pool of six finalists.

The university first served as a host for the a presidential debate in 2008, between former President Barack Obama and the late-U.S. Sen. John McCain. The opportunity boosted Belmont’s national profile, serving as a “transformational moment” for the university and coinciding with significant growth there and in Nashville, Fisher has said.

In a statement Thursday, John Carney, Belmont’s vice president for marketing and communications, said no final decisions have been made on how many people will be allowed inside the debate hall. The number won’t be large, however.

“Those details are being carefully considered by the Commission on Presidential Debates in partnership with their health security advisor, The Cleveland Clinic,” Carney said. “We do anticipate that number to be extremely limited in order to conduct the debate safely under COVID-19 health protocols.”

Pre-debate events this fall include an annual humanities symposium, lectures, a musical performance and conversations about politics, religion and journalism.

And in addition to the list of programs, Belmont is also offering students three new courses this semester designed by faculty as a result of the debate.

Those classes include a public relations course in part focused on media attention Belmont University is receiving related to the debate; a media, history and civic life course; and a course looking at the Watergate scandal through the Washington Post’s coverage as well as the book and film “All the President’s Men.”

The following events, largely virtual, are open to the public. Here are Belmont’s descriptions of each event:

In the summer of 2020, creatives from all over the U.S. were invited by faculty in Belmont’s Watkins College of Art to create a Unity Flag in order to promote empathy for bipartisanship in a time of political unrest. Though on display in the University’s Leu Center for the Visual Arts, COVID-19 guidelines currently result in limited in-person access to this poignant exhibit. However, all of the flags, along with each artist’s statement, will soon be available for viewing online, and a virtual panel discussion with project founder, Belmont Assistant Professor of Art Dr. Meaghan Brady Nelson, and several participating artists is being planned for October.

TEDxNashville will host a collection of talks on Belmont’s campus that will be streamed—$10 tickets are available on Eventbrite. Join us virtually as we dig into topics including civil engagement in a time of divisiveness, using our differences as our strengths, the impact of a new era of media and more in this historic TEDx event.

In collaboration with Rock the Vote, Belmont’s Curb College of Entertainment & Music Business is hosting a virtual event featuring performances from Belmont and other area universities, along with voter registration information and promotion.

Culture Care is an alternative to the “culture wars” that have characterized politics in recent decades. It is a philosophy born of Makoto Fujimura’s art and Christian faith that offers the creation and conservation of beauty as an antidote to cultural and political brokenness. Fujimura was a presidential appointee to the National Council on the Arts from 2003-2009, and two of his books, Refractions and Culture Care, were written during that time. He is one of the premier living abstract painters, and his works have been exhibited on four continents.

Sponsored by Belmont’s O’More College of Architecture and Design and led by Nashville-based creative consultant Libby Callaway, a four-week program on White House Style will launch next month. The series not only explores the wardrobes of modern inhabitants of the White House, but examines how a broader sense of personal style has elevated the images of the 53 couples who have lived there over the last 289 years. In addition to the opening session with the White House Historical Association’s Lina Mann, additional programs will cover White House interior design, the White House kitchen and First Couple fashion.

Sept. 24: “The Role of Social Media in a (Mis)informed Electorate” with John M. Seigenthaler

Conversation is essential to community and citizenship, and dialogue is essential to democracy. How can we return to conversation and dialogue as the crucial foundation for the responsible actions of citizenship? Belmont’s 19th annual Humanities Symposium, sponsored by the School of Humanities in the College of Liberal Arts & Social Sciences, will consider how conversation impacts voting enfranchisement, racial reconciliation and healing political divisions through engaging these topics from a multidisciplinary perspective.

Lee C. Camp’s Scandalous Witness: A Little Political Manifesto for Christians makes the case that a renewed Christian politics is more essential than ever, one that is “neither left nor right nor religious,” but a prophetic way of life modeled after Jesus of Nazareth. Christian identity is in moral and political crisis, scandalized by the many ways in which it has been co-opted and misrepresented.

Oct. 21: Habitat for Humanity: A Home for Everyone

Jonathan Reckford has served as the CEO of Habitat for Humanity International since 2005, leading global nonprofit’s growth from serving 125,000 individuals a year to helping more than 7 million people last year alone. Reckford, who was deeply influenced by his parents who were active in the Civil Rights movement and by his grandmother U.S. Congresswoman Millicent Fenwick, seeks to follow in their footsteps by leading Habitat’s efforts to help create a world where everyone has a decent place to live.

Oct. 27: Integrity in Journalism During an Election Year